Success tips when doing business in Mongolia in 2022 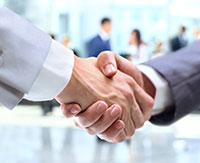 Besides advising our Clients on how to set up a company in Oman, Healy Consultants offer the following advice to people who are interested in Oman corporate formation and business culture in the country.