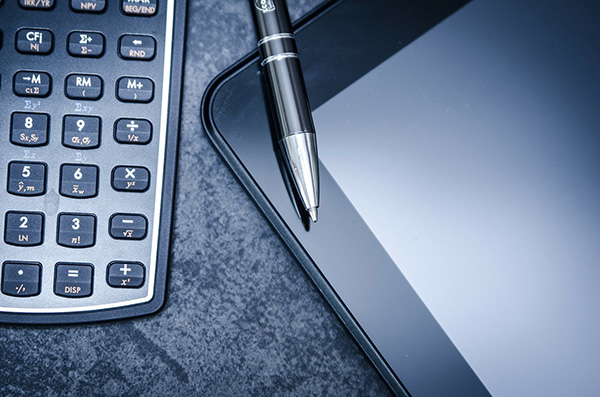 Terry Phillips is a British engineer who is involved in the distribution of mechanical and electrical equipment for the power industry. He has existing operations in Singapore, but wanted to find a cost-effective base in the Middle East, where he has an increasing number of Clients.

To date, Terry had been supplying his Clients – predominantly in Qatar, Saudi Arabia, and Iran – from his bonded warehousing facilities in Singapore. However, this has proved both expensive and time consuming, particularly as some of his Middle East Clients request fast delivery of equipment in case of unexpected shutdowns etc.

Terry found Healy Consultants after seeing our advert in the Singapore-based Finder magazine, and called our office to discuss how we could assist him to set up a cost-effective trading company in the Gulf region. Terry’s principal needs were for high quality warehousing facilities with a small adjacent office, and quick customs formalities. He wanted full ownership of the company, and also wished to appoint an expatriate manager to oversee the operation.

Healy Consultants worked closely with our Client to ensure that he had a full understanding of all of the corporate structures available in the UAE, from limited liability companies and branch companies to free zone companies, comparing and contrasting costs, advantages and disadvantages.

Although Terry’s preferred location for the new company was Jebel Ali Free Zone in Dubai, thanks mainly to its excellent communications links and high profile, after studying the comparisons closely it became clear that a Ras Al Khaimah Free Trade Zone Company (FZC), also in the UAE, would be a more cost-effective alternative to Dubai’s Jebel Ali Free Zone, where warehouse space is limited. In addition, Terry had explained that he was not intending to conduct any business in the UAE itself, wanting to use the Ras Al Khaimah Free Zone company purely as an international distribution hub.

With a Ras Al Khaimah structure agreed, Healy Consultants also advised Terry on the various types of license available in Ras Al Khaimah Free Zone, a factor which would influence the timeframe and cost of setup.

Our engagement formally began when Terry signed Healy Consultants’ client engagement letter, settled our fees for Ras Al Khaimah Free Zone company formation, and began compiling the due diligence required by us as part of our ‘Know Your Client’ policy. This stage was simple since Terry lived in Singapore and was able to deliver all the requested information to our headquarters.

At the same time, Healy Consultants’ Singapore-based Marketing Team prepared a detailed SWOT analysis for the company, including an overview of market conditions, financial projections, and technical information on the products to be traded by the company.

Once all these documents had been completed and prepared, they were presented to Terry in Singapore for his review and signature. We also requested Terry to provide a copy of his passport, as well as a bank statement and bank reference letter, which he was able to obtain from his bank in Singapore within one day. Our Singapore Incorporation Team then couriered these documents to our Dubai office.

Ten working days later, our Dubai office received an email confirmation from the Free Zone Authority that the business license had been approved, confirming that the company was now able to start trading.

The next step was to help open a multi-currency corporate bank account for the company at the local branch of an international bank in Dubai. Our Dubai Banking Team prepared the bank account application, while our Singapore-based Marketing Team prepared an abbreviated business plan to describe the company’s activities and organisational structure. The bank account application was then couriered to Singapore for Terry’s signature. Our Banking Team then sent the documents back to our Dubai office.

Meanwhile, Healy Consultants Dubai office called the Ras Al Khaimah Free Zone Authority to request a letter of recommendation for our Client’s company, which would be submitted to the bank. This process took five working days.

Healy Consultants’ Dubai Banking Team prepared a full application pack to send to the bank, including the signed documents from Singapore, as well as the Ras Al Khaimah company’s trade license, the office/warehouse lease agreement, the letter from the Free Zone Authority, and a copy of our Client’s passport. Once this had been compiled, our Dubai staff visited the SCB branch in person to submit the documents. They were advised that a bank account number would be issued within two weeks.

Healy Consultants’ Dubai office received notification that the account had been approved within the two weeks indicated, and over the course of the following two weeks they received (in sealed, separate envelopes) internet banking and ATM card PIN numbers.

While the bank application was being prepared, Healy Consultants was busy assisting Terry with office setup in the free zone. We had received a list of items required, as well as a budget, and our Dubai staff purchased office equipment including PCs and related equipment, telephones, and basic office furniture according to Terry’s specifications.

Obtaining a work and residence visa for Terry and his staff was the next objective. Although the Ras Al Khaimah Free Zone claims that the process is simple, in practice the procedures were more complicated. Terry coincided a visit to the UAE with a medical examination at the Ministry of Public Health in Dubai, after which a Health Card was issued at a cost of US$82. After obtaining the required Health Card, Healy Consultants Dubai staff filled in an application form (in Arabic) and submitted it to the Dubai Naturalization and Residency Department (DNRD) (the authority which processes visa applications). After 14 days, Terry’s UAE residence visa was approved and collected from the DNRD.

Although Terry was now officially a UAE resident and was spending an increasing amount of time in the country to oversee the setup to the facility in Ras Al Khaimah, his initial priority was to organise logistics, a vital step which would provide the wheels for his business. Since Healy Consultants had built up an excellent, and trusting, relationship with Terry we were asked to help him source three staff members to work out of the Ras Al Khaimah Fee Zone.

Our Dubai staff placed adverts in the classified sections of the local Khaleej Times and Gulf Times newspapers, and within a week had filtered applications and had short-listed five candidates for interview. Terry conducted the interviews the following week, and asked us to obtain residence and work visas for three of them.

Healy Consultants continues to provide support services to Terry’s Ras Al Khaimah company. For example, our Dubai office recently prepared the company’s financial statements and submitted them to the Free Zone Authority, as per its statutory requirements, and it is likely that we will be asked to assist with obtaining employee residence and work visas going forward.